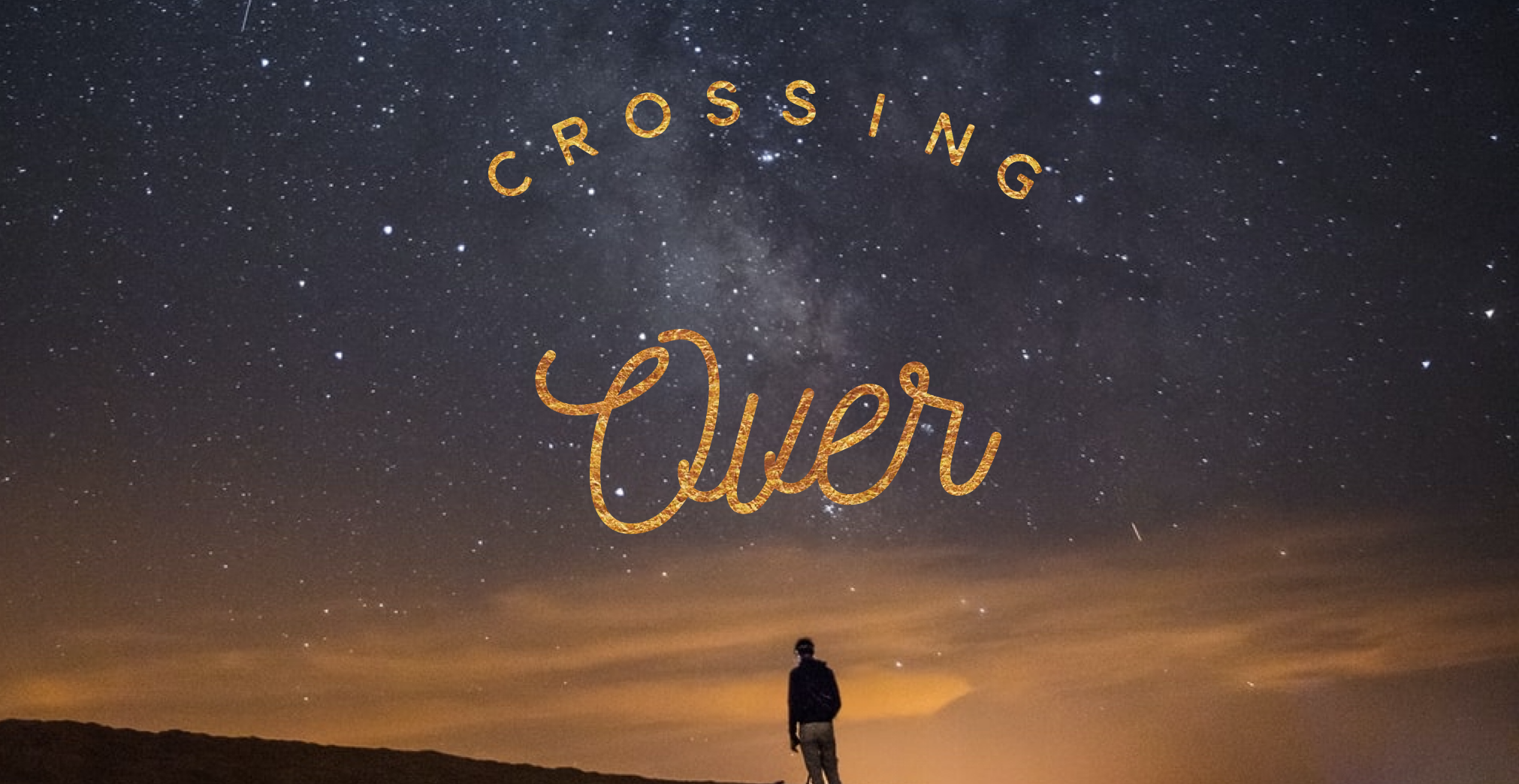 Does Yahwey keep time the way man does?

If you are like me you have come to question EVERYTHING!

That includes the calendar.

It doesn’t take much digging to see that both the Julian and Gregorian calendars are man-made and deeply rooted in sun god worship.

There are A LOT of opinions out there for what the true calendar is. The debate is relentless and divisive. We (my hubs and me) don’t claim to know for certain what the true way to keep time is.

But this is where we are today. We have taken the research found on this calendar time keeping and have stacked it up against many others. And we just keep coming back to it.

Until Abba moves us, this is what we are doing and we want to share how we have arrived.

Right from the beginning of creation YAH has made it crystal clear that He created time. All creation reflects his time keeping.

We believe that YAH’s “clock” which contains many gears or cog wheels just like a precision Swiss watch, began on the 4th day of creation (Wednesday of the pagan day of the week).

That’s when he created the luminaries and he explicitly stated that they were used for keeping track of time.

In Book I of Enoch we are given great insight on how this time piece works.

I find it a very multi-faceted concept due to the fact of the different gears needed to run this “clock” which, to the new observer like myself, took a bit to clear out my thinking in order to partake of Abba’s mindset.

We have lost track of how HE counts time!

“YHVH has become like an enemy. He has engulfed Israel; He has engulfed all its palaces, He has destroyed its strongholds And caused great mourning and grieving in the daughter of Judah. And He has treated His tabernacle violently, like a despised garden; He has destroyed His appointed meeting place. YHVH has caused The appointed feast and Sabbath in Zion to be forgotten, And He has despised king and priest In the indignation of His anger.”

We have been handed over to our enemy because of our disobedience.

So often I feel like Daniel! I long so much to return this world back to its rightful King!

I digress. And lament.

So we do our best to study all the Scriptures and pray for His discernment.

This is what we have discovered through studying the book of Enoch, Jubilees, Torah, Gospels, and sections from the Dead Sea Scrolls.

The sun and moon are for signs and appointed times and are also instrumental in guiding us in how to keep track of our days and years.

The stars also were placed as lights in the firmament and can have an additional roll as signs to indicate the seasons as well as be representations of Yah’s handiwork and who we are as Yah’s people.

With each new season, a new constellation is ushered in to be a sign to us. Each season has its very own set of constellations that are only seen within their appointed time.

The birth of Messiah was partly made known through the signs that the stars revealed to the wise men, who appear to have learned it from Daniel in Babylon.

By Divine guidance, it was passed on through the generations until the birth of Messiah.

In YAH’s Instructions that He has ordained for us to follow regarding the keeping of His Calendar, we are told to “COUNT” ONLY 364 days each year – even though in reality there are 365 days in the year (or 366 days on leap years).

It is HIS Perfect Precision Time-Clock Pattern:

Each 3 month season-pattern always has its own date and day of the week and then that same pattern repeats for each of the 4 seasons each containing 3 months – consistently the same each year!

Twelve months of 30 days each. 52 weeks. Four intercalary days – aka “Gates” – which lead the way into each of the four seasons – just one day before each season begins.

Constant and consistent. Never changes. That lines up with YAH’s character!

The first month of YAH’s year is the “month of “aviv”.

The sign of aviv/abib (Spring time – which is when the Spring Equinox occurs) is in March.

“The first month of Yah’s Year which He instructs His people to Observe/Guard (shomer) is specified in Deut 16:1 as the “month of aviv or abib” (also mentioned in Exodus 13:4).

“Aviv, a Hebrew word, refers to the time in early spring of the tender green stage of the grain crops, which also turns out to be exactly the window of time in which the Spring Equinox occurs!”

Our Witness or Sign for when the beginning of the year starts:

But we have a Second Witness — And it’s probably more important!

👉 Now that we know the time frame of the “month of aviv”, how do we figure out AND be assured of the right years to intercalate the needed week before the start of the next year so that the spring season always begins within that small window of about 1 week?

⚠️ This is sooo important since without it we would keep backing up a day every year and in just about 20 years we would be starting the 1st of the year in the WINTER season INSTEAD OF the SPRING season as instructed!!

On a lot of years we just follow right through from the last day of the old year to the 1st day of the new year with no break.

But as Enoch was instructed by Yah’s Heavenly Messengers, there is a formula that must carefully be followed when choosing which years to intercalate.

This formula has totally been lost after so many centuries of not KEEPING and GUARDING it, but it is GENIUS and could only have been DESIGNED by the CREATOR for it to work so wonderfully!

According to Enoch (chapters 73-79), this determination of when to insert the intercalation week BEFORE beginning YAH’s New Year is associated with the fact that a FULL moon appears in this window of the 7 uncounted/un-numbered intercalary days – very near the Spring Equinox.

It (the FULL moon) serves as a WITNESS in order to give complete confirmation that this IS the correct year to intercalate (insert this 7 day period) in between the old year and the new year.

After which the 1st Month of the next year will then commence and run off another year.

Then uses the SAME Pattern of Dates and Days to count another 364 day year!

It also reveals a very interesting fact that the start of the new year – in any year – is never any more than 4 days away from the Spring Equinox on either side. Usually it is in a year when it is just 3 days away from the FULL Moon.

This again, is our witness showing up to confirm that it is the year that is supposed to be intercalated.  It occurs in intervals of either 5, 6 (actually two – 3 year intervals back to back which then adds up to 6) or rarely 8 years.

Never can you go longer or shorter than (those prescribed years) before intercalating.

Also another key part of the witness is that the FULL moon will show up on one of the 7 days of the week that are lived out during the intercalation (week) but not counted!

The basis for this pattern of intervals is laid out in Enoch 73 and quoted below from Laurence edition (chapter 74 in Charles edition)  which confirms when and how YAH wants us to intercalate (insert or adjust).

Enoch 73:12-14 “The (FULL)Moon brings on all the years exactly, that their stations may come neither too forwards nor too backwards from the Spring gate (Equinox); but that the years may be CHANGED (intercalate) with correct precision in three hundred and sixty-four days. In three years the days are one thousand and ninety-two (1092); in five years they are one thousand eight hundred and twenty (1820); and in eight years two thousand nine hundred and twelve days (2912).” Book I of Enoch, Laurence edition.

(Note: this passage in Enoch is really explaining what the END RESULT is of doing the intercalations on the appointed years… It’s not actually saying that the FULL Moon shows up every year at the time of the Spring Equinox.)

Of course Enoch doesn’t explicitly use the man-made word “equinox” or “intercalate” but they are described and interpreted as such, nonetheless.

The term, “FULL Moon Festival”, that we read about in Scripture was speaking of this! Naturally they would last for a week!

This is not to be confused with the practice of each new month being brought in by the sighting of, or conjunction of, a new moon. The moon is not used to determine when the months start or count the days of the month – it is only used for the one purpose of a FULL Moon WITNESS (never a NEW Moon).

If we follow the moon as the sign of a new month, we will come in 10 days too soon each year!

We have a lot more to say on the subject of Chodesh (“month” in Hebrew). There’s a pile of evidence that translators have used the traditions of man to translate scripture rather than proper transliteration.

When the day begins (sun down verses sun up) is another example of allowing tradition to interpret scripture. But this will have to be discussed in other post.

Scripture proves that time has been “adjusted” by YAH. So we must too.

Fragments from the Dead Sea scrolls (section Q320-30,337 of the calendar of priestly courses), the book of Jubilees and the book of Enoch go into details about this process. They are a witness to one another and reveal insight on how the priests were taught to keep YAH’s time.

For more details reach out to me and I can point you to an incredible couple (who have helped me a great deal to understand the luminaries and write this post)! They have devoted their lives to this study. We have found their research compelling, with overwhelming amounts of scriptural evidence.

We have found that reading both the Charles and the Laurence edition of the book of Enoch gives a much clearer understanding of the luminaries.

Stay tuned for part two. I’ll share – through the Passover story in the gospels – Scriptural proofs of the validity of this calendar!

Test EVERYTHING for yourself!

Sarah is a wife and mother of four. Sarah enjoys many creative expressions and is a diligent student of the Word! She loves learning new things for the family's ever growing homestead. Sarah homeschools her children with the intent of raising her family through a biblical lens. She is passionate about sharing her journey of "crossing over" from the world's way of living to Yahweh's way! She is driven to reach as many hearts as possible through sharing her difficult, yet beautiful walk to the Father.
← Prev: The Lost Sheep Next: Yah’s Perpetual Calendar: Part 2 →