Are pharmaceuticals and the medical industry part of the deception?

Deception is on a massive, world-wide scale. The scriptures warn us of this great WORK of delusion. It’s a work that has been in the works since the beginning of time. The evil kingdom is not divided. We face a cunning and manipulative adversary.

“They are worthless, a work of delusion; at the time of their punishment they shall perish.” Jeremiah‬ ‭51:18‬

“Woe to those who call evil good and good evil, who put darkness for light and light for darkness, who put bitter for sweet and sweet for bitter!” ‭‭Isaiah‬ ‭5:20‬

There is no grey area with the Kingdom of Yahweh/God. It’s either black or white. Right or wrong. Good or evil. Light or darkness.

But for so long I was a proclaimer of Messiah’s, yet I was OF the kingdom of darkness. I was practicing lawlessness without even realizing it.

👆🏼 That very lawlessness is the great work of delusion.

I was swept away in this working delusion. It was with “good intentions”.

I was trying to save the life

of my baby girl.

She was born with a broken heart and I chose to put my trust, faith and hope into man-made medicine. I was desperate to save Olivia and I went to battle for her.

I watched her suffer a great deal and fought hard beside her. Most would commend me for my relentless efforts to save her life. I had been fighting for 13 years.

Never once did I asked myself,

“who am I fighting against?”

It wasn’t until Olivia began to vocalize that she was tired of fighting that I began to seek what Yahweh/God says about our health and how to treat our bodies.

This is when I realized there’s a line in the sand. Yahweh/God has a lot to say about the world’s way and His way. He’s the creator after all. His desire for us is to choose the ancient, set apart path that leads to Him.

So what did that mean for Olivia’s life? Did He want me to stop fighting?

I knew He wanted me to abandon the world’s way and seek His council.

But did that mean I was to let her die?

I didn’t know those answers.

I still don’t know His plan.

I had to give up my way for Messiah’s way and seek Him in my child’s care. No matter how “against the grain” that may look.

I dove into the Word and then did my research on the enemy.

Messiah tells us to…

“be wise as serpents and innocent as doves.” ‭‭Matthew‬ ‭10:16‬ ‭

What I discovered was a perfect law that embodies love and protection!

So… What is Father saying?

It seems that the Father was getting us in the mindset of NOT MIXING two different kinds of anything.

The verses are clear that Abba doesn’t want us to mess with blood, or the mixing of animals and plants, or plants with animals, or humans with animals ( you get the point).

He is showing us His character and His character is of ORDER. We are not to mess with blood; whether that be eating, exchange of it with more than one sexual partner or mixing human and animal DNA to create a “life saving” vaccine.

There’s something powerful in the blood (life) and He wants us to respect it in a big way. Not corrupt it.

Let me show you what the evil kingdom has done.

Remember… the enemy has tricked us into thinking good is bad and bad is good.

The definition of pharmacy comes from the Greek word pharmakeia.

According to the Thayer Greek Dictionary pharmakeia is… “the use or administering of drugs; poisoning; and sorcery, magical arts, often found in connection with idolatry and fostered by it.”

All nations were deceived by what?

Here’s the link to this word study. It’s eye opening and it scared me. https://www.pathwaytopeace.net/index.php/blogs-and-articles/pharmakeia-deception


I had idolized medicine. Put my faith in a false god and was in misery trying to save my daughter’s life even though she was begging us to stop all the interventions.

Through many of the medications, treatments and vaccines we were mixing the DNA of other people, animals and aborted fetal tissues. Plus, pumping her with a load of toxins.

It’s no wonder she kept getting sick. With each intervention she would experience more pain, more side effects and physical loss. We were loosing her in every sense of the word.

Even pharaoh performed miracles through his sorcerers (Exodus 7-8). But they never lasted and they couldn’t keep up with the true power of Yahweh.

I know that Olivia is alive because Abba allowed it.

Despite all our ignorance and disobedience, He allowed it so we could share this testimony.

Her life has a great purpose. As do all of our lives. We are to be the testimony of His truth. But we have to find the truth first.

This is the truth…

But Abba is faithful! Once we stopped taking extreme measures and began removing some of these toxic things (including her defibrillator, cancer treatments, IVIG, vaccines – basically everything except her anti-rejection medications) He revealed to us other ways to heal her body.

And it’s working! She hasn’t been this healthy in years! He showed us that we had options. Most of the things we practice now in our family’s health aren’t accepted by mainstream medical professionals.

Remember… good is bad and bad is good. Right is wrong and wrong is right.

Abba made it really simple for us. There’s no need to guess.

If it doesn’t line up with The Word… it’s a lie.

If it’s of this world… it’s not of Yahweh/God.

Scripture has drawn the line in the sand for us.

We either accept the truth of the Word and change for it (the definition of repentance), or we live by the working delusion (wormwood doctrine).

But that’s a whole other study!

Sarah is a wife and mother of four. Sarah enjoys many creative expressions and is a diligent student of the Word! She loves learning new things for the family's ever growing homestead. Sarah homeschools her children with the intent of raising her family through a biblical lens. She is passionate about sharing her journey of "crossing over" from the world's way of living to Yahweh's way! She is driven to reach as many hearts as possible through sharing her difficult, yet beautiful walk to the Father.
← Prev: DISHONORING GEORGE FLOYD: George Soros' Opportune Violence and Destruction Next: The Lost Sheep → 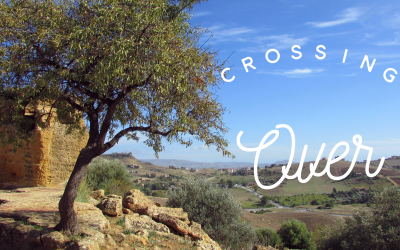 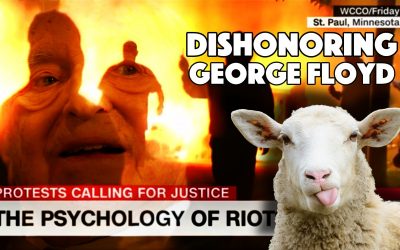 At this point, it’s practically redundant to say… “We’re living in some crazy and unprecedented times!”   One of the biggest challenges I see everywhere is… Discerning truth.   What’s real? What’s fake? What’s sorta true, but also full of lies?  ...